This compact disc includes pieces recorded in Rome, Buffalo, New York City, Montevarchi (Arezzo), and Casalecchio di Reno (Bologna) and interpreted by such refined performers as Nicholas Isherwood, Magnus Andersson, Roberto Fabbriciani, Lorna Windsor, Tony Arnold, Movses Pogossian, Luca Sanzò, Jean Kopperud, Stephen Gosling, Catarina Domenici (who performs the title-track), and two chamber music groups: the Farben Ensemble and the June in Buffalo Contemporary Ensemble, conducted by Marco Lena, and Christian Baldini, respectively.  Moreover, this collection contains what is probably the last recording of renowned pianist James Avery, who passed away a few months after recording Milagros.
“Two pieces are particularly significant to understand the quality of the complexity and the relations present in Cavallone’s compositions: Confini and Trompe l’o(r)eil(le), which demonstrate the possibility to integrate auditive and visual perceptions” (Carlo Boschi)… This feature emerges explicitly in Trompe l’o(r)eil(le), where the harmonics, the parts in ordinary positions, the short and pizzicato fragments, all realize a multiplicity of meaning; an ambivalent meaning that involves the listener’s perceptions as an integral part of a giant mosaic realized through Cavallone’s broad palette of colors.  This openness of meaning shows the artist’s disposition to realize not only a compositional message, but also to an ethical one.  As Harvey Sollberger noted, all this becomes the realization of a creative multiplicity that Italo Calvino was prophetizing as a source of renewal for the art of the future.
This compositional approach is a sort of crossing poetic, which makes the oxymoron an essential element.  In this respect, the peculiar attention devoted to the phenomenological aspect of the sound is especially striking, even when the multiplicity leads the composition from a “spherical” dimension to a more traditional one.

Antonio Ranalli (from the booklet of the CD)

“…in Confini, the various configurations of the musical gesture form panoramas which stimulates both the ear and the visual perception…”
JAM, April 2012 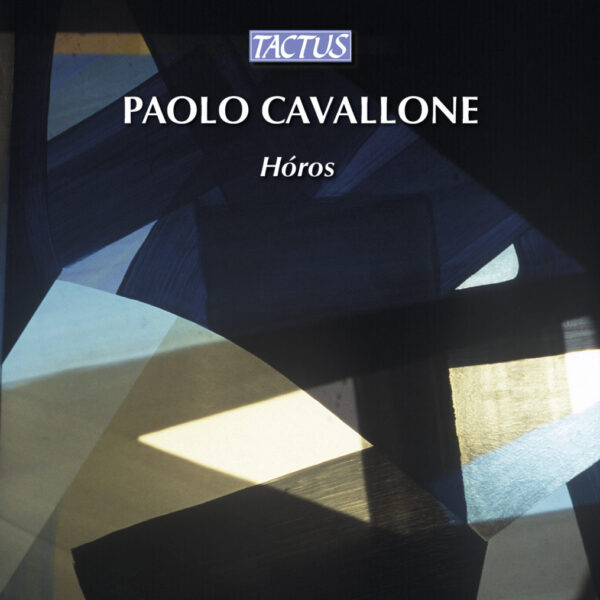 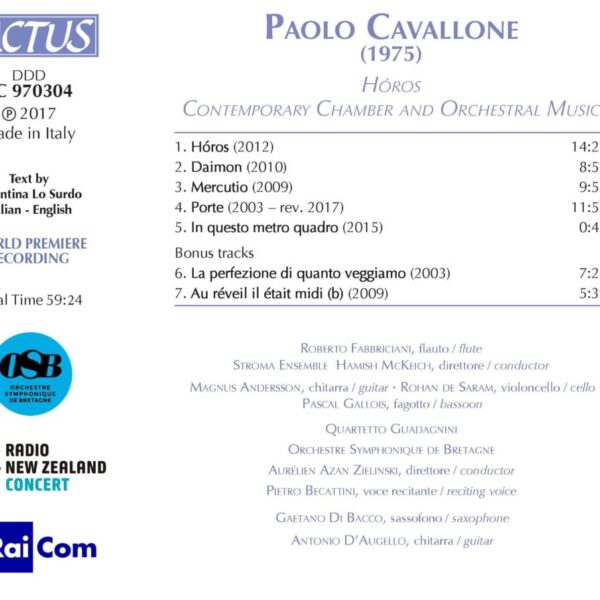 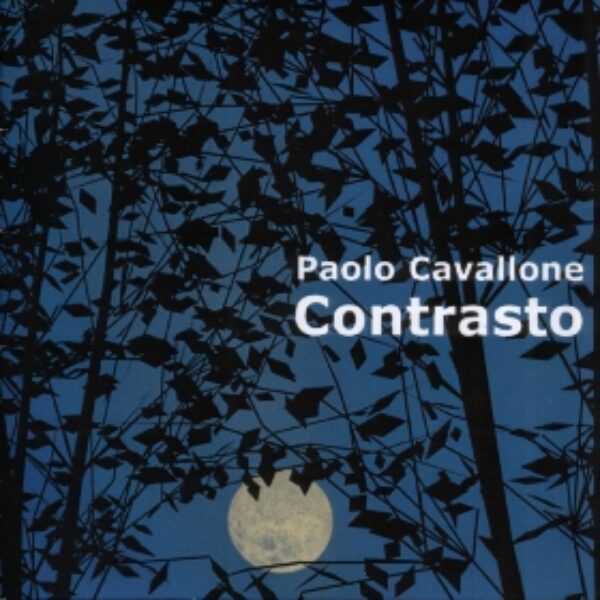 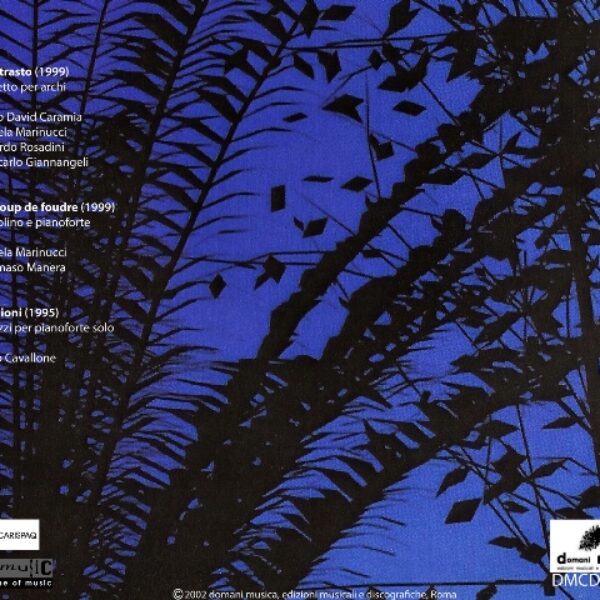